Unless this outlaw mage tames his magic, everyone he cares about will be crushed by the enemy.

Blaise Hawthorne fears that all he'll ever be is an outcast, stuck living with his parents for the rest of his days and unable to realize his dream of working in a bakery. Born a Breaker, his unbridled magic wreaks havoc with a touch of his hands. When an enemy Commander storms into his town in a cloud of dust hunting for spellcasters, Blaise escapes and flees the only life he's ever known.

While on the run, Blaise's chance encounters with a pegasus and a surly gunslinger set him on the path to a new life where he's accepted for who he is. But things go awry in his new town and Blaise is suspected, forcing the terrible choice between taking the blame or running from the only people who embraced him. When his chosen family is threatened by the Commander he thwarted, can Blaise find the grit to harness his volatile magic into a saving grace, or will his most dangerous challenge be his last?

This gritty, uplifting fantasy is the first book in the Tales of the Outlaw Mages series, set in an Old West-inspired world. If you enjoy found family, LGBTQ+ representation, baked goods, and a whole lot of heart then look no further. Break away from the beaten fantasy path with Breaker today.

"I read the entire book in less than a day which hasn't happened in years." -Reader comment

"Absolutely amazing. I was hesitant to get this, because it's not usually my style but oh my god it was good. I cannot wait till the next one comes out." - Reader comment 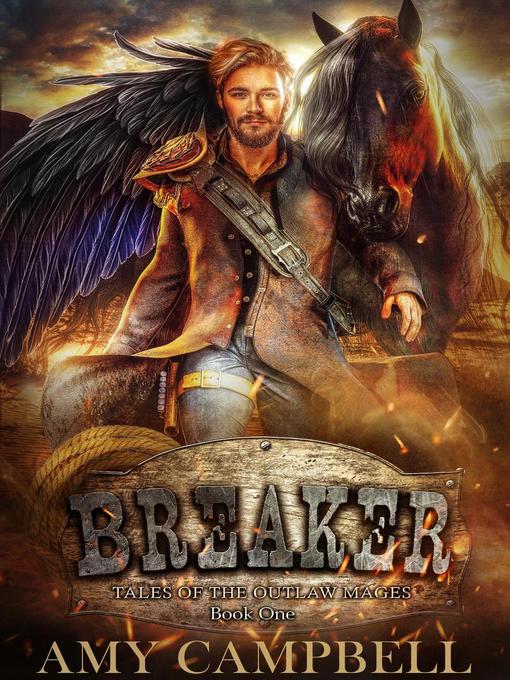