High school was never going to be easy when your father is the Grim Reaper. Nathan's father, the Grim Reaper, doesn't trust him with a scythe, and for good reason - this kid's dangerous. Nathan is granted the next best thing: the ancestral book of curses The 101 Damnations - but only after promising faithfully never to use it. Like that's going to happen... Now there's an assassin coming to 'whack' the principal, the deputy is a nanny goat, the family heirloom is torn to shreds, and suddenly Mother Grim-Reaper wises up and demands The 101 Damnations be returned, now. Imagine a school made up of every kind of ghoul you can imagine, from zombies to werewolves, vampires to grim reapers - that's Horror High! 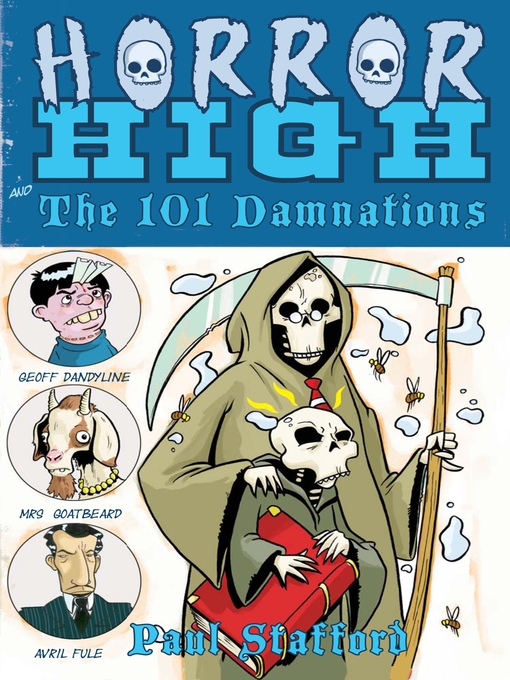