A wrinkle in time

Disney presents ; a Whitaker Entertainment production ; an Ava DuVernay film ; produced by Jim Whitaker, Catherine Hand ; screenplay by Jennifer Lee and Jeff Stockwell ; directed by Ava DuVernay.
Summary
Although he has been missing for several years and the entire town thinks her father has abandoned her family, Meg steadfastly believes the best and protects her younger brother, Charles Wallace, from the brunt of the rumors and taunting. It is he, however, who convinces her to join him, the school sports star Calvin, and three unusual women on an interplanetary voyage to rescue their father from a vast evil.

Tinker Bell and the legend of the NeverBeast
DVD
Available 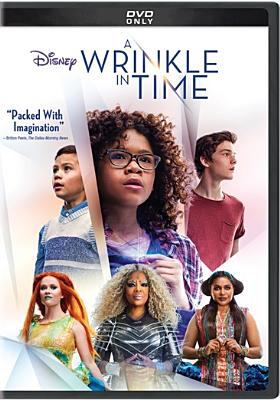