The mirage factory : illusion, imagination, and the invention of Los Angeles

Gary Krist.
Author
Krist, Gary,
Summary
"A vivid account of the creation of modern Los Angeles, a city born from the fantasies of strong-willed visionaries, from bestselling author and masterful storyteller Gary Krist. Little more than a century ago, the southern coast of California was sleepy semi-desert farmland. Then, as if overnight, one of the world's largest and most iconic cities emerged. At the heart of the seemingly impossible, meteoric rise of Los Angeles were the visions of three ingenious but deeply flawed people. William Mulholland, an immigrant ditch-digger turned self-taught engineer, designed the massive aqueduct that would make urban life possible in this water-starved corner of the country. D.W. Griffith, who virtually invented the basic grammar of moviemaking, would give Los Angeles the industry it needed to grow. And Aimee Semple McPherson, a young evangelist, faith healer, and radio preacher, would provide the city with its identity as a worldwide center for spiritual realization and reinvention. They were all masters of their craft--and each would self-destruct in spectacular fashion. Blinded by hubris, crucified in the tabloids, and confronted by literal, catastrophic failure of design, Mulholland, Griffith and McPherson would see their personal empires crumble even as the one they built collectively came into its own. Spanning the years from 1900 to 1930, The Mirage Factory is the enthralling tale of an improbable city and the people who willed it into existence by pushing the limits of human engineering and imagination"-- 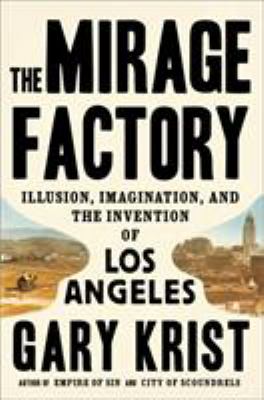