The man who killed Don Quixote

a Screen Media release ; Alacran Pictures present ; a Tornasol production ; with Kinology ; in co-production with Recorded Picture Company ; produced by Mariela Besuievsky, Gerardo Herrero, Amy Gilliam, Grégoire Melin, Sébastien Delloye ; written by Terry
Summary
Toby is a disillusioned director, currently heading commercials, who becomes pulled into a world of fantasy and memory when he's reunited with a Spanish cobbler he cast as Don Quixote in a student film years earlier. The old man now believes himself to be the legendary character, and Toby to be Sancho Panza, who must play along with the delusion as he also attempts to fulfill his professional duties and rescue a young woman who believed his seductive words in the past. 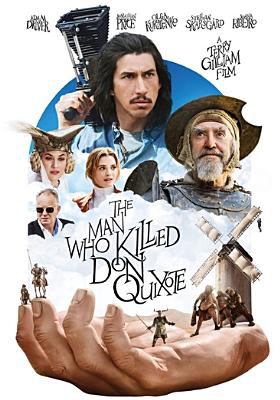