Imperfect : a story of body image

written by Dounya Awada ; art by Miralti Firmansyah ; colors by Fahriza Kamaputra ; lettering by Tyler Smith for Comicraft.
Author
Awada, Dounya, + more authors
Summary
"Dounya Awada is a 24-year-old, devout Muslim, happy, healthy, and very much alive. But just a few years before, she nearly starved to death. Her struggle began when she was six years old. Little Dounya wanted nothing less than to be perfect, like her mother. She pushed herself hard every day, excelling in schoolwork and at home. She had to be the cutest, prettiest, smartest girl in the room. The slightest hint of imperfection led to meltdowns and uncontrollable tantrums. Her parents loved her fiercely but were unable to understand what was happening to their little girl. Being perfect all the time was exhausting. In Dounya's culture, food is nearly synonymous with love. Food is nourishment, nourishment is love, love is life. Dounya began to eat to fill the growing need within her. She grew in size, eventually hitting over 200 pounds at just age 15. Food became her only friend. Her peers mocked her. She felt utterly alone. As is the case for someone with dysmorphia, Dounya's obsession with food did a turnabout, and she began rigorous exercising and dieting. But even a substantial weight loss didn't satisfy her. She looked in the mirror and still saw the fat girl she used to be. She began the ugly cycle of bingeing and purging, eventually hitting a low weight of just 73 pounds. Dounya's horrific struggle with eating disorders has led her to advocate for boys and girls facing the same hurdles with which she struggled. She is now studying clinical psychology, and hopes to open an eating and dysmorphia disorder facility in Las Vegas for boys and girls with her disorder. If her story helps just one person to recognize the beauty of their imperfection, then her pain will have been worthwhile. Zuiker Press is proud to publish stories about important current topics for kids and adolescents, written by their peers, that will help them cope with the challenges they face in today's troubled world."--Provided by publisher. 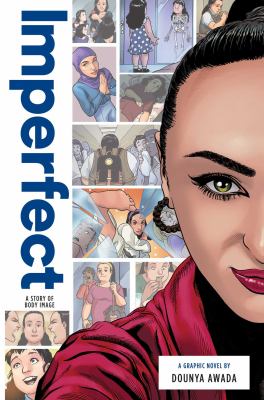