Abigail Hing Wen
Author
Wen, Abigail Hing,
Summary
When Ever Wong's parents sent her away for the summer, she's expecting Chien Tan: a strict, educational immersion program in Taiwan. Instead, she finds the infamous "Loveboat." There, Ever is surrounded by prodigies, like Rick Woo, Chinese American wonder boy and longtime bane of her existence; Ever's roommate, the confident and clever Sophia Ha, as glamorous as she is sharp; and the intimidatingly cool Xavier Yeh, heir to an international tech empire. But her classmates are more interested in the nonstop Taipei nightlife than anything to do with the curriculum. Hookups abound, snake-blood sake flows, and adult supervision is nonexistent. For the first time ever, Ever is discovering what freedom tastes like and it's exhilarating. But summer will end and Ever will be back to her parents and the future they've planned for her. Will she let this glimpse of freedom go - or will Loveboat give her the courage to pursue fhe future she dreams of, and the Ever Wong she wants to be? 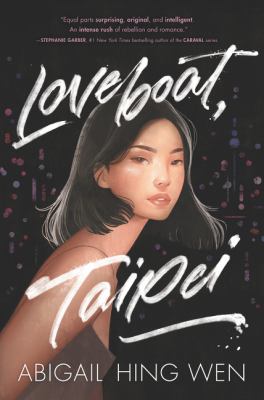